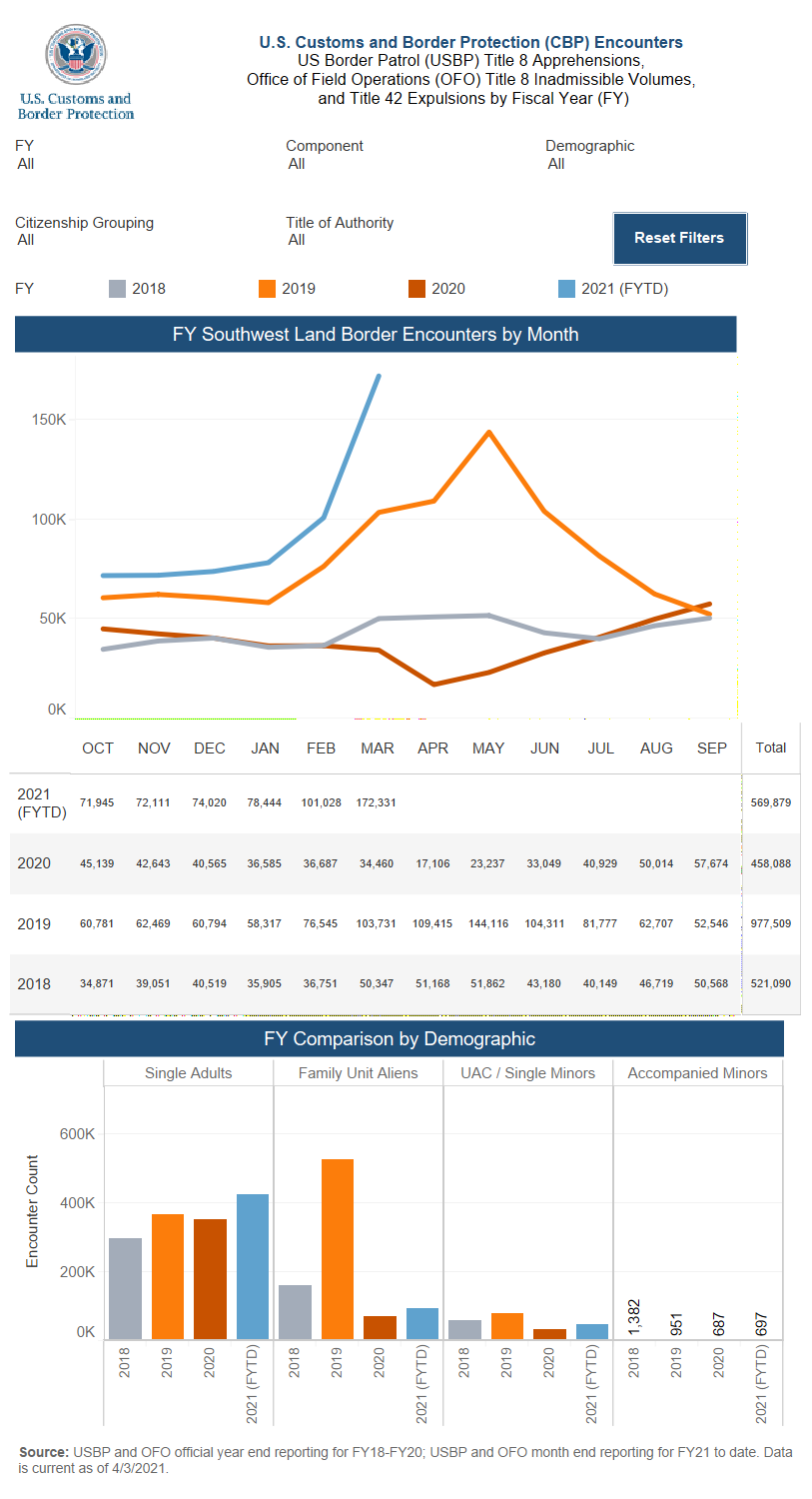 On Thursday morning, U.S. Customs and Border Protection (CBP) released official border crossing statistics for March 2021. And, the number of total crossings up until March already surpasses all crossings for 2020.

According to the CBP, more than 172,000 people attempted to cross the Southwest border in March 2021 alone. This number signifies a 71 percent increase from February 2021.

“CBP continues to see a significant increase of unaccompanied children from Central America at the Southwest border, with 18,890 in March 2021 – a 100 percent increase over February. Although less than 11 percent of encounters in March were unaccompanied children, they make up the largest demographic group of individuals in custody at CBP facilities,” the statement continues.

The CBP has also reported an increase in encounters of large groups, “especially in the Rio Grande Valley Region.” As of the end of March 2021, the CBP had encountered 49 large groups, which equates to 4,700 individuals.

“The majority of the encounters on the Southwest border remain single adults. CBP continues to expel single adults and family units that are encountered according to CDC guidance under Title 42 authority,” the statement read. “In March 2021, CBP expelled 103,900 individuals under Title 42, 28 percent of whom were individuals who…had been previously expelled from the United States under the same authority. Title 42 expulsions represented 60 percent of the total encounters for the month.”

Still, despite the best efforts of the CBP, they estimate that 1,000 individuals, known as “got aways,” illegally cross the border each day without getting caught.

Quick Clip: How the CORRUPT Media Tried to COVERED UP Hunter’s Laptop…

Disney Has Crossed the Line with This…